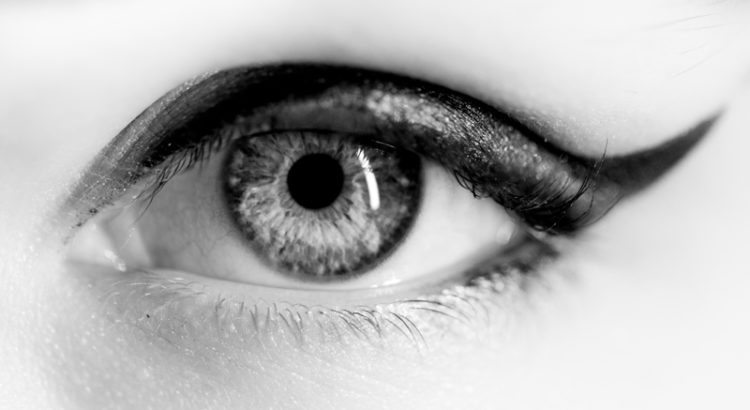 You would not believe what I have had to do to get this to you. First, write it, like, actually scratch on paper with my hands and a sticky black ballpoint because there’s no way you can use the computers here to type anything you don’t want the teachers to see. Hens. We call teachers Hens. Yeah — no one can give me a real answer on that one. So there’s total 1984 surveillance on the school network which means no email — except to ‘rents, and college applications. Getting this beyond the school walls was a real issue. Postage cost one of the $100s I had the foresight to smuggle in — the kitchen server wouldn’t risk her job for anything less.  If I find out she never mailed it her suffering will have no end (IF YOU’RE READING THIS KITCHEN BITCH I WILL FIND YOU AND I WILL HURT YOU).  It’s only because I love you to the moon and back and I really don’t have anyone else to spill to that I didn’t just give up.

But now here I am, writing an actual old-school letter, like a lady in a Jane Austen novel, and it’s more fun than I thought it would be. Which kinda sums up how I feel about this place. I mean, it sounded like my own private hell in the brochure — uniforms the color of a period stain, strictly no partying, hardcore academics — and when I got here I found out it was even worse. No cell phones. No boys. No eyeliner.  Just think about that, babe.  The three things fundamental to who I am /S!!!!!  There’s a weird rule about no mirrors too, but, after a week or so it was a relief not to have any idea how bad I looked, so not such a major deal.

Anyway, the first couple of days without a phone, without being able to check on ANYTHING — who showed up on the first day of school with the shittiest highlights, who’s been sending the most unfortunate photos of their junk, college admissions stats, Fall runway collections, who got drunk off their ass at the weekend — was The Worst. Think of your personal Worst, and then multiply by 999. The. Absolute. Worst. I thought I would actually, seriously, for real this time, lose my damn mind. Nope.  I had just lost my phone. Lost isn’t the word — if it’s lost you can get a new one overnighted and it’s really NBD. This was bereavement. I grieved. I checked my pockets a million times an hour, hoping to feel that brick of comfort. I caught myself holding my hand in the air and curling my fingers, like I had an invisible screen and I could just start tap tap swiping.  I couldn’t focus on the print in my textbooks — it was too small, too black and white.  I kept hearing a notification chime in my head, and would start scrabbling in my pockets all over again. But there was nothing there. No little red numbers. YOU try living life without those little red numbers telling you yes, you’ve got friends, yes, people are listening, yes, your innermost thoughts have everyone’s approval. How can you go on without that constant guidance? #DYINGDYING.

My confusion, my dis-com-bob-u-lation (HA SAT WORD) was so bad the other girls picked up on it and laughed at me. Like, out loud laughed. That was a shock — seriously, who would have dared do that to me last year? Zero people. But they gathered round like I was the birthday party clown. Can’t really blame them, there’s little else in the way of entertainment. But still, that had to hurt. And being the loner new girl there nothing I could do by way of retaliation. I took some names, though, and will wait it out. Next semester, Cindy, Dylan, Emily P. (there are SO MANY Emilies) and Katerina are on my list and had better watch their backs.

Anyway, just when I thought I would literally curl up in a fetal ball and simultaneously vomit and shit and piss all over the floor, it got better. It took more than a week, but it was like a flickering bulb finally fritzed out. I went from breakfast to lunchtime without missing my phone at all, and only wanted to check it when I was standing in line in Refec (that’s what we call the dining hall). And it felt really — awesome. Like there was a whole ton of stuff at the top of my “To Do” list I was prioritizing for no real reason, like I was spending my time jumping through a bunch of totally pointless hoops, and then going back to the beginning and just starting again, mindlessly, over and over and then the hoops suddenly disappeared. What would a properJane Austen letter-writing lady say? “I was freed from further obligation”.

There’s no way you can try it, sorrynotsorry, because you’d be an outcast in like eight nanoseconds, but when you’re stuck at The Poplars like me social media silence is A-OK. You feel a little shaky, maybe, but you’re basically fine. It’s totally weird at first, because if you want to tell someone something you have to go and find them, but you don’t know where they are because you can’t text WR R U?, so you have to search classrooms and dorms, the swimming pool, Refec, science labs, all the wild places they have on campus (another time I’ll tell you about the gang of statues that dance in their secret grove all night and end up on the wrong plinths in the morning) and it’s SO MUCH HARDER than scrolling through messages on a screen. But I got used to it super quickly, running around, not quite knowing who (or what) I’d find skulking in the corners.  It’s taking a long minute for them to warm up to me but you should see some of the other girls… you can never forget this ain’t a normal prep.

It does bring up some trust issues tho.  If someone tells you something, you have to believe it — or not. There’s no “pictures or it didn’t happen”, no screenshots of catty messages, no incriminating 5 seconds of video.  Forget any kind of documentary evidence. You either have to witness it live, or pick a side on “she said, she said”.  I don’t find out about any gossip till long after the fact because I’m still learning who’s fake and who’s got the juice, so I’m stuck with shoddy secondary sources.  Sometimes I think they make shit up just to mess with me.  Like, I know something Really Bad went down last year but as soon as I ask about it everyone shuts up and side-eyes each other until I leave the room.  That could all be one big joke just to keep me feeling like an outsider, who knows.  I guess I’m learning to look at people’s faces again, to look them in the eye and seek the truth in what they’re saying, not what they’re showing me on a news feed or livestream on a two-dimensional screen.  When someone asks me how I’m feeling, I have to come up with a word, not an emoji. That’s kinda raw, kinda too real, because I’m not used to it. Yup, I guess you could say interacting with other human beings is a new look for me.

Except you, babe. You and I have always interacted. Truly, madly, deeply. And we’ll do it again soon, pinky promise, because the third weekend in October we get a break — they call it Exeat — and I’m allowed to come home for three whole days (my stepmother’s just going to have to suck it up) and hang out, and party (but not too much because they piss test us all when we come back). Can. Not. Wait. I hope you’re waiting for me too.

Have you really read this far? No you haven’t, LIAR, you just jumped to the end because it was all about me and you’re BORED and life’s too short. TL:DR — I’m doing more OK than I thought, I love you, I miss you and I can’t wait to see you.