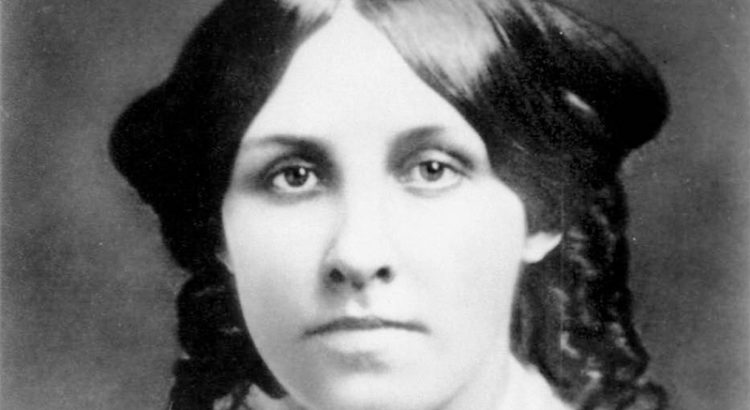 Like many other little girls the world over, I devoured Louisa May Alcott’s famous quartet of novels several times: Little Women, Good Wives, Little Men, Jo’s Boys.  I giggled, wept, and was always slightly disappointed that Jo married Professor Bhaer – although I was glad she was so happy running her own school.  Then I grew up, and forgot about the funny, wise, warm-hearted writer who mined the pride and poverty of her own eccentric home life to bring us the marvelous March sisters, so beloved of multiple generations of mothers and daughters since they were first published in 1868.

Then, when researching the Civil War for Exeme, I came across Alcott’s Hospital Sketches and laughed and cried all over again.  Published in 1863, the Sketches are based on letters home written by Alcott during her brief tenure as a nurse at the Union Hospital at Georgetown, D.C. She signed up full of Christian fervor, intending to serve a three-month term helping sick and wounded soldiers. Unfortunately, she became dreadfully ill with typhoid after six weeks and had to have her father come and collect her and take her home.

The six weeks Alcott did spend on the wards were undeniably formative.  Her time as a nurse, directly exposed to the agony and incompetence of war, added a new depth and intensity to her writing, giving her emotional experiences she would draw upon for the rest of her creative life. She articulated her thoughts and observations in lengthy letters home, and friends of her family deemed them suitable for publication.  After she recovered from typhoid, she edited and reworked them, expressing some ideas through a third party, the wondrously named Tribulation Periwinkle.

The first Sketch was published in the Boston Commonwealth magazine on May 22, 1863, bringing the author much praise –and some much needed cash. Encouraged, she published the collected sketches in book form, earning 5 cents in royalties and donating 5 cents to war orphans for every copy sold. Although Alcott later dismissed the book as not her best work, it made her name, and paved the way for Little Women.

Candid, witty, and compassionate, Alcott writes eloquently of hospital life in a way that still resonates today.  Nurse Periwinkle must remain stoic, even cheerful, in the face of terrible suffering and impending death. She has a particular fondness for one of the wounded soldiers under her care, the noble ‘Virginia Blacksmith’ John, but he is doomed.

“The next night, as I went my rounds with Dr. P., I happened to ask which man in the room probably suffered most; and, to my great surprise, he glanced at John:
“Every breath he draws is like a stab; for the ball pierced the left lung, broke a rib, and did no end of damage here and there; so the poor lad can find neither forgetfulness nor ease, because he must lie on his wounded back or suffocate. It will be a hard struggle, and a long one, for he possesses great vitality; but even his temperate life can’t save him; I wish it could.”
“You don’t mean he must die, Doctor?”
“Bless you there’s not the slightest hope for him; and you’d better tell him so before long; women have a way of doing such things comfortably, so I leave it to you. He won’t last more than a day or two, at furthest.”
I could have sat down on the spot and cried heartily, if I had not learned the wisdom of bottling up one’s tears for leisure moments.

Alcott’s writing inspired poor unfortunate Clarissa Lowell. I also drew on the experiences of Clara Barton, founder of the American Red Cross, another brave woman who nursed soldiers amid the horrors of the Civil War.  These women flouted convention and put themselves through a great deal of hardship in order to do what they felt was right -they’re very definitely honorary Poplars Girls.

You can find the Project Gutenberg etext of Hospital Sketches here.  Be warned, they may make you cry.