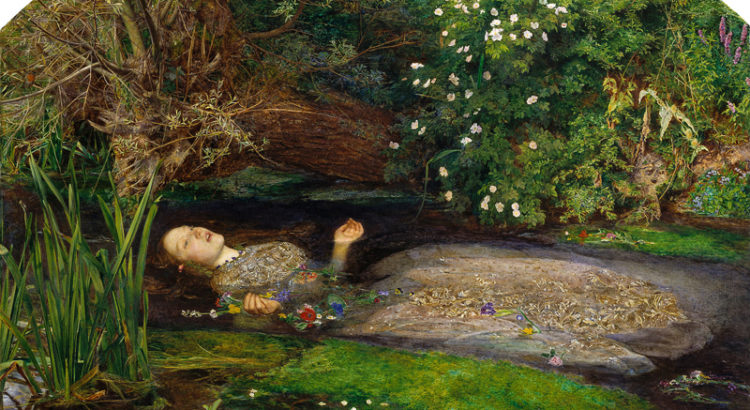 In this first extract from Exeme, Claudia is on her way back to School for her senior year.  After an unfortunate accident, she arrives at The Poplars’ gates in the back of a patrol car.

Jack The Cop calls in on his radio, tells the dispatcher he’s going to drop me off at The Poplars. She makes a nasty crack about the School in response. I don’t catch what it is, but Jack laughs. Locals don’t like anything to do with School. They never have.

We ride in silence. This might be my only chance to interview a real live policeman to help Martha, but I’m too tired, too shy. As the car crests the final hill and enters the forest, my nausea returns, with new, vinegary notes. I have to tell myself to breathe slow, deep, in, out. This is no longer self-pity, baby whines about the end of summer vacation. This is unprocessed, violent, painful; physiological shock. I’m shaking.

Not far now. I clamp my teeth together and keep swallowing. It’ll be okay. But, as we round the final bend and I see the grey stone pillars and the wrought iron gates, the navy-and-gold sign declaring The Poplars, School For Girls, there’s an urge to purge I can’t fight.

He hands me a tissue and a bottle of water. Sitting on the grass for a moment, trying to regain my cool, I can see straight down the avenue of poplars to the glorious symmetry of the house itself, just as the architect intended. The view from the front gate reveals only the original building, with all the modern additions blocked out by trees. It’s like looking through history at the old brick plantation with its white portico and pediment. Who was the planter trying to impress with such a grand Georgian edifice? Back then, the only locals would have been his servants and slaves, or a few remaining Monacan Indians — none of them likely to give a damn about the diameter of his Dorics.

Many lifetimes later, it makes my heart sing, albeit a melancholy melody in a decidedly minor key. This graceful house, these green lawns, this landscaped valley encircled by ancient, whispering trees haunt my dreams, always. But, despite the welcome offered by the frontage, arching back at me with all the antebellum arrogance of its architect, The Poplars is stony hearted. I love it, but does it love me back? Even if it once did, does it still?I’ve been away for two whole months, too painful, too delicious. Have I changed? Has The Poplars? Can we pick up where we left off in June? This is my last September of devotion – has it already moved on?

“Are you alright?” says Jack.

There’s vomit on my shoes, blood smeared down my pants and smoke still buzzing in my nose. I’m arriving back at School with a police escort after a near-fatal wreck. We haven’t even started the semester yet. Awesome. “Yeah, I am now.”

Jack tries again to be kind as he helps me to my feet. “Shock makes you sick sometimes,” he says. “And you just had a real bad one.”

Jack speaks into the front gate intercom. The gates swing open, as if by some invisible hand. This is where the frisson really begins. Jack drives slowly, wheels crunching on the gravel. He gawks through the line of trees at the large ornamental lake to our left. The Greek temple on an island in its center casts a white reflection rippling through the water. The lake was dug as part of Laurence Forbs’ landscaping back in the late eighteenth century, and the temple is the most ornately constructed folly of its kind in the Commonwealth. The Poplars is full of historic landmarks. After a while, you stop paying attention. But the temple, with portico and rows of columns to rival the front of the house, never fails to impress from this distance. Up close, not so much. It’s only about five feet high, made to look much bigger through the cunning use of dwarf cherry trees. A single averagely sized grown up would struggle to get inside, let alone a congregation of worshipful initiates. It’s a fake.

Jack slows the car to a halt. “It’s twenty years since I’ve been inside these gates, I forgot how pretty it is.”

He can’t take his eyes off the lake, shimmering gold in the afternoon sun. Patches of water hyacinth dot the surface, and, over by the island, a family of ducks float in the shallows, diving occasionally for food. It looks peaceful, perfect, the exact place a goddess would choose for her house of worship.

“We used to sneak through a hole in the fence as kids, and come fishing just before dawn,” says Jack. “Caught the biggest largemouth bass you’ve ever seen. If the groundskeeper saw us he’d holler and we’d run, but he’d never chase us. He knew where we got through the fence and he never bothered to fix the hole. Think he was glad that someone, anyone, was picking off those juicy bass. Weighed twelve, sixteen pounds they did, two feet long. Anyway, that’s where we saw her.”

“My first Poplars girl, floating in the water, naked as the day she was born. My brother dropped his pole and started scrambling backwards. Then I saw her too,  just a couple of inches beneath the surface, hair drifting round her face, eyes open wide.  Man, was she beautiful. But she wasn’t breathing.”

“We ran all the way home, got Pop out of bed. He was a cop too, back in the day. He believed us, saw how spooked we were, and he’d raised his sons to be truth-tellers, not attention seekers. But he had the Devil’s own time persuading the Poplars people to let him in here without a warrant. Flat-out “No” they told him. I believe he crawled through that hole in the fence himself in the end, but by the time he got a look in the water, the girl was gone. There was no way of proving we’d seen anything without dragging the lake, and that was never going to happen if the School didn’t consent. Pop gave up trying, but he told us never to come fishing up here again.”

“Maybe you made a mistake? It was a rotten tree, or something.”

Jack shakes his head. “No, she was real — and real close. I could’ve reached out and grabbed her. Sometimes I wish I did, got a good hold of her and pulled her out of the water. But she was naked, it wouldn’t have been right.”

“How do you know she was a student?”

“There wasn’t a local girl missing on either side of the county. We keep our daughters close, round here. She had to be one of you. They never reported it in the papers, so I never found out her name.”

“He shrugs off the memory and we continue down the drive towards School. His story makes me think of John Millais’s painting of Ophelia, floating incapable amid the green abundance of an English spring, weedy trophies trailing from her cold right hand. Surely she’s still singing? Surely she hasn’t yet drowned? The water is so shallow and the bank is so close and her cheeks are still so rosy! Alas, there’s something post-mortem about the angle of her head and her eyes and her mouth are frozen open. She’s gone. I’ve never been able to tell if, with her last gasp, she regretted love or welcomed muddy death.

Thanks, Hamlet. Thanks Jack. Every time I walk past the lake from now on, I’ll think of Ophelia drifting through the water hyacinths to her mud-soaked doom. Even on a sunny day like today, I’ll feel the chill from a nameless girl’s wrinkled fingertips, and shiver anew as I grieve for her, yet another Jane Doe added to the swollen roll of Poplars dead.